One of the highlights of the Brownies’ year in London South West is our Brownie Boating Day which is held in mid May. As ever, this year it dawned a rather cloudy and cold day, but this did nothing to dampen the Brownies’ spirits as they arrived in Wimbledon Park for the day. They were split into 2 groups, for half a day boating on (and in!) the lake and the other half doing games, crafts and crazy crazy golf! Thanks to everyone involved in planning the event and on the day including the guys from Fit for Sport – www.fitforsport.co.uk! 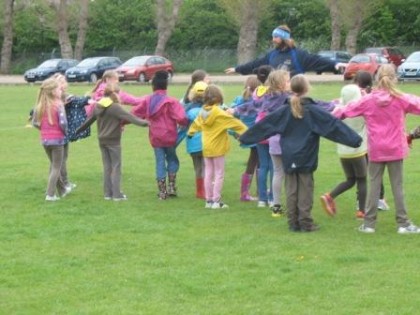