Quotes from the night from Tora Shand, our County Commissioner:

“It was wonderful to see so many of our members getting the recognition they deserve on Wednesday at Girlguiding London South West’s Jack Petchey Award Ceremony. It was a really enjoyable evening and we were delighted to be joined by Julie Bentley, CEO Girlguiding, the Mayors of Lambeth and Wandsworth, Virginia Wall from Wandsworth Youth and our own Pip McKerrow, Region Chief Guide for London and South West England. All these VIPs were impressed by our girls and very pleased to have been invited.”

“I was delighted to attend the Jack Petchey Foundation Achievement Award evening and especially thrilled to see so many girls and volunteers from London South West, my own Guiding County, recognised for their achievements. We have many fantastic girls and young women who are doing amazing things – well done to all of the award winners and a special thank you to the dedicated leaders who week after week give their time to support the girls to achieve all that they do.”

The award winners were presented with their certificates and medals and we had some fantastic entertainment. From London South West we had 2 fantastic performances – a take on the original tale of Little Red Riding Hood and a performace of “A modern Romeo and Juliet”.

To give you a flavour of the night – Streatham District with their award winners, and below, one of the London South West performances: 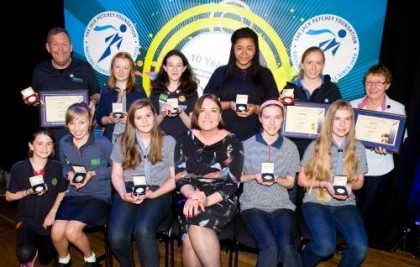 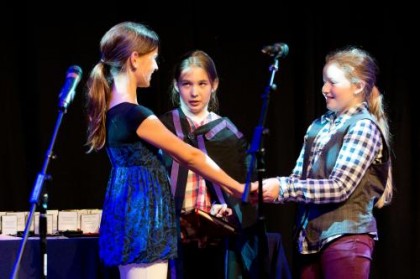