One of the most exciting new units has just been opened within London South West – a joint venture between Scouting and Guiding – the 1st Evelina London Children’s Hospital Scout and Guide Unit.Its the coming together of 4 organisations  (Girlguiding, Scouts, Evelina Hospital and Westminster School) to benefit the  patients aged 6 – 16 who are at the hospital and their siblings on a drop in  basis.  We have been working on this for quite a long time so it marvellous to finally have the official opening, and to have the Chief Guide and the Mayor of Lambeth to come and share the occasion with us.  The unit has  been in operation for a while and many children have joined in the fun, lots of crafts and last night some singing, many of the children have been inspired to look for a unit when they get home – which can be anywhere in the  country.

The Brownies, Rainbows and Cubs pictured are from Lambeth North who were there alongside the children who are currently under care of the Hospital.  Pip, the LASER Chief Commissioner was there at the opening along with the Region Chief Gill Slocombe, and the Scout County  Commissioner for South London. Dani Whiting – brownie leader in Lambeth North, has worked incredibly hard on this project and is in fact the lead  volunteer at the hospital to whom so many thanks are due. Following the set up of a Guiding Unit at Great Ormond Street, LSW began to work on this project and the Scouts subsequently joined us.

Chief Guide Gill Slocombe said, “I am absolutely in awe of what has been achieved here. I know what a special, fabulous place it is. I hope it is replicated in many more places across the UK.”

Deputy Director of Operations at Guy’s and St Thomas’, Nicola Grinstead, who pioneered the project, said: “Through providing fun and interactive activities, Guiding and Scouting supports young people to learn new skills, make friends and develop confidence. We are really excited about extending this opportunity to those young people who are patients in our care. We would like to thank the pupils of Westminster School who raised £1,054 to help towards the running of the unit.” 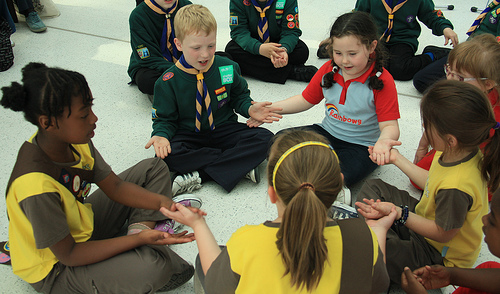 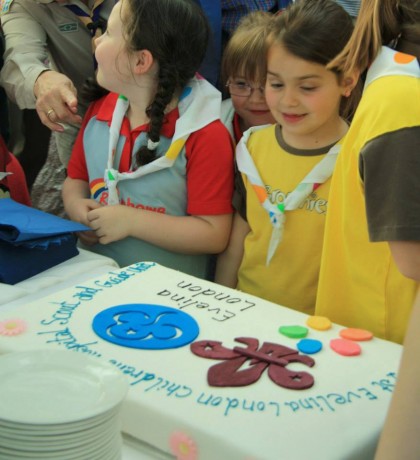