3rd Upper Tooting Brownies made their Bank Holiday even more special by spending a long-weekend on Brownie Holiday. The timing was perfect they had three days of amazing sunshine and lots of chance to play outside!

Over 20 girls stayed in Faurefold near Guildford which is a Guiding site specially for Brownies and Guides to use for residential events. Residential events are a great part of Guiding which allow for activities that you couldn’t always fit into a meeting place and time. The theme for 3rd Upper Tooting’s Brownie Holiday was the Seaside – chosen by the girls and then activities planned by the leaders.

As well as loads of activities which took advantage of the location – den building, tree climbing and campfire…. the Brownies took part in all the activities needed to run the event such as cooking, cleaning and tidying up! In fact the washing up proved to be a favourite!! Over campfire the Brownies sung songs and also made s’mores a special treat originating from Canada and America where you squish a toasted marshmallow between two chocolate biscuits – bring on the mess!!

The younger Brownies only joined the group for one night and arrived in time for the Birthday Party planned for one of the Brownies who turned 10 years old during the time they were away.

Quotes from some of the Brownies on their time away:
Abbi aged 9 ‘the best thing about Brownie Holiday was getting to do the cooking’
Thea aged 7 ‘I liked sharing a bedroom with all the other Brownies – we got to play games and then all wake up together’ 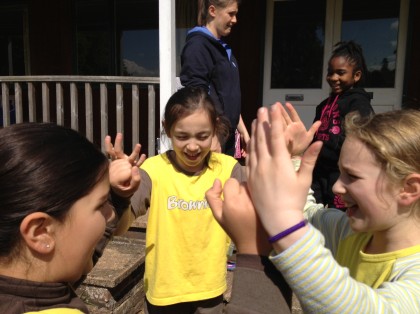 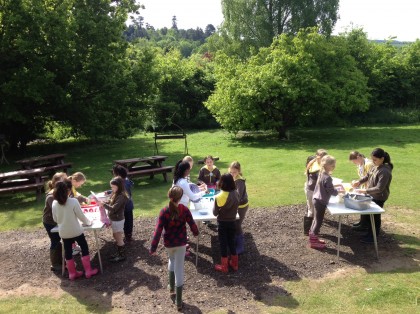 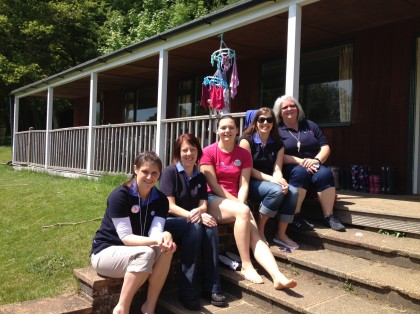