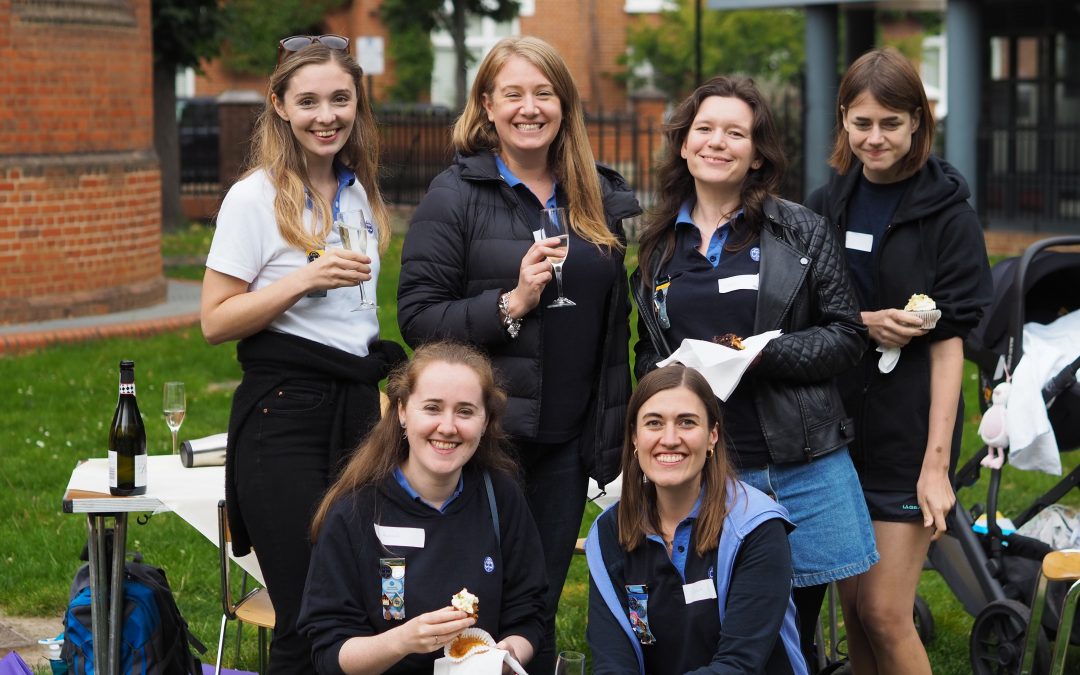 In early September 2021 adult volunteers and members of the Trefoil Guild from Lambeth and Wandsworth came together to celebrate and say thank you to each other for the support and friendship that has been shared during the trying times of the last 18 months.

The event was well attended with 70 people from across the County coming together and they shared stories, took part in activities caught up on gossip and enjoyed a lovely BBQ and some pretty amazing cake creations!!

Along with a thank you to all our volunteers who have continued Guiding and Trefoil activity in a range of formats during this time some special celebrations were shared for those achieving something amazing.

We celebrated Long Service Awards for Belinda, Maggie and Sarah.

Voyage Awards were presented to 3 members of the Trefoil Guild.

A some very special awards for Caroline, who received her Laurel Award. Jill who was awarded a BEM and brought her medal along to show us. And Zoe who volunteers in Clapham received her leadership award for Brownies and Guides.

It was such a pleasure to see so many faces at the County Thank You event on Saturday. Thank you so much if you were able to come along and make the day such a success. For those of you who couldn’t be there we were thinking of you also. We have already spoken about when we would like to hold this event again and we have plans for some leader events in 2022 – so watch this space.

From your friendly County Commissioner Team